Expect to pay $5 for a baby silkie chicken if it is unsexed. You are often not sure if you’re buying a male silkie or a female because they are unsexed and challenging to identify.

For sexed silkie chickens, you have to pay higher. A mature hen will cost you around $20, while a rooster for $15. The breeds used for bird shows are the most expensive amongst the silkie chicken options. They can go as high as $120.

If you want to know more about Silkie chicken costs, this article will help you solve all the mysteries?.

How Much Do Silkie Chickens Cost? (Male and Female)

Online options include Facebook, eBay, and Amazon. There are some online breeders pages too.

Here are some frequently asked questions about silkie chickens cost.

Yes, silkie chickens are more expensive than other chicken breeds. One of the reasons for its high cost might be its rare features. Also, these birds are used for poultry shows, making another reason for their high price.

How much do baby silkie chickens cost?

Baby silkie chickens are less expensive than adult silkie chickens. You can get a good breed of baby silkie chicken for less than $5. The price ranges between $3 to $5. Note that the price of a chick is the same, whether you are buying a male baby rooster or a female baby hen. So buyers can trick you in this case.

How much does a black silkie chicken cost?

Colored silkie chickens are rare and, of course, more expensive than white ones. You can get a black silkie chicken for $20. Try not to buy them online but directly from a breeder, so you better know what you are buying.

Purebred Bantam chickens are more petite than large-sized silkie chickens. Their range starts from $20 and can go as high as $120. Bantam Silkie Chickens have higher profits than regular silkie chicks. You can buy chicks for a low price and sell them at a higher price when it comes to the age of laying eggs.

If you’re planning to get a fertile silkie bantam egg, you can get that for $4. And in some cases, per egg must go as high as $15.

The price of a day-old silkie chicken is $3. If you move towards a good quality chick, its price may rise to $5. However, there’s no warranty that either your chick is a female or male.

Sexed silkie chickens are more costly than unsexed chickens or baby chickens. This is because you know you’re buying a hen or rooster. The price for a hen is $20, while the price of a rooster ranges from $10-$15.

How long do silkie chickens live?

On average, you can expect a silkie chicken to live for nine years. These long-lived birds can survive both hot and cold climates. Their lifespan usually depends on their nutritional management and care. Some can only survive four years.

Yes, silkie chickens are good pets. They are pretty friendly. Kids make them their best friends as cute; fluffy chickens offer good hugs and cuddles. They are easy to care for when compared to cats and dogs.

Do silkie chickens poop a lot?

Baby silkie chickens poop a lot, but this is not true for mature silkies. One of the reasons for pooping a lot might be their growing age and increased need for food and energy.

No, silkie chickens can live for about nine years, but poor maintenance may lead to the earlier death of chicks. They need a proper diet and environment to survive. Do not overcrowd your yard with too many baby chicks. This might be another reason for early deaths.

Can Silkie chickens be potty trained?

Yes, they can get very well trained as their forefathers living in the wild had a habit of pooping high up on trees, especially at night. So place a perch anywhere high and train them to poop there.

Not at all. Silkie chickens are, in fact, less noisy than other breeds. They are famous for their moderate temperament. Roosters are often louder than hens.

What is the best breed of chickens for laying eggs?

There are many breeds of chickens ideal for laying eggs. However, Rhode Island Chicken breed and Leghorn are the ones that can come under the best chicken category for laying eggs.

All pets can carry diseases and transmit them. This is the reason health professionals advise keeping babies away from pets. Birds like silkies can carry various diseases in their feathers.

Silkie chickens can be found in many areas easily. Still, they are not popular like regular chicks around the world. So in some areas, they are rare, but in others, they can be found easily.

Can you leave chickens alone for a week?

Leaving a chicken alone for a week is not a good idea as they need attention for a better lifespan. However, you can leave them for a day or two with advanced prep, i.e., extra food and water for them.

Do chickens get sad when you take their eggs?

No, they do not. All hens know that their eggs are going to be taken. Silkie chickens are extra friendly. They do not get sad or angry when you take their eggs.

Are Silkie chickens suitable for beginners?

Silkie chickens are good if you’re a beginner. Taking care of them as pets is more manageable than other breeds. Their calm and friendly behavior makes them an ideal choice for beginners as a pet. Moreover, they are intelligent enough to learn things.

Can Silkie chickens stay outside in the winter?

Yes, silkies can survive well in winters so that you can keep them outside in the winters. Just make sure to shelter them to protect them from too cold weather.

They smell exactly like regular chicks, which might be stinky for some and not for others. However, if you try to maintain their cleanliness, they will not stink at all.

Silkie chickens cost more than regular chicks. The breed is more special than others in its appearance. It makes a cute and fluffy bird with an extra feathery body and five toes on each foot.

You might be clear up till now how much do silkie chicken cost. We have tried to include as much information as we could. Invest in a good breed if you’re planning to increase the number.

Besides only focusing on cost, concentrate on the quality of the chick simultaneously. Keenly look if there is any bony deformity or weakness in the chicken. 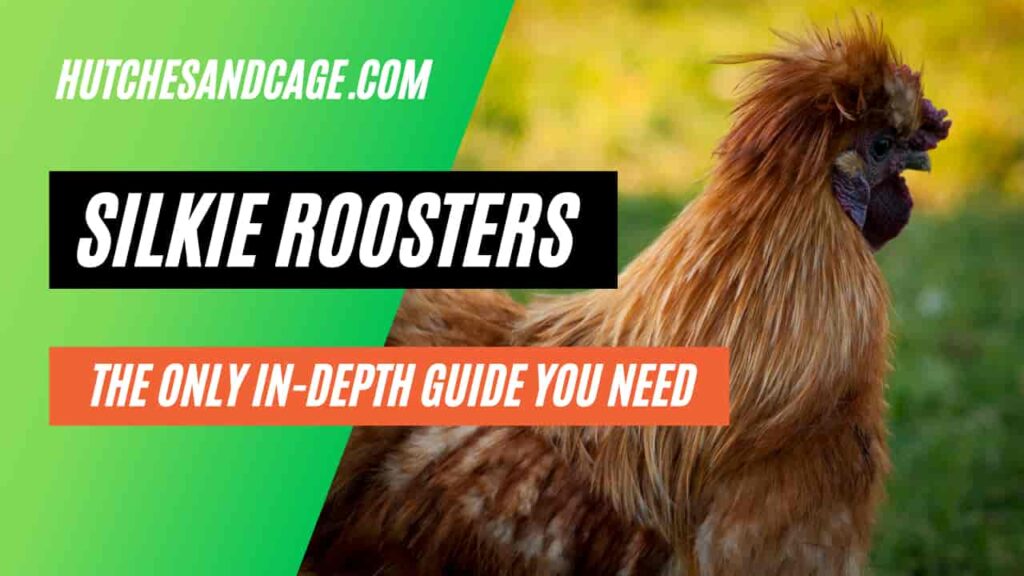