Miniature pig breeds are small breeds of domestic pigs. There are many types of small pigs we will cover below.

What is The Smallest Breed of Pigs?

The world’s smallest breed of domestic pigs is Kunekune, a huge favorite among pig pet owners. Even at full maturity, it will reach only 30″ in height and weigh only 220 lbs.

They are called mini pigs, micro pigs, pocket pigs, or teacup pigs. They don’t belong to a particular breed, but various breeds have been carefully bred over generations to be smaller in size.

Here are the smallest pig breeds in the world.

The American Mini Pig has many breeds mixed in, from the Landrace hogs to the Durocs; there are many breeds of feral hogs in there.

No one can know their mini pigs because there is no genetic test to determine their genetic makeup. The American Mini Pig is vastly different from its Asian cousins; the first indication is their color difference.

American Mini Pigs have a thicker coat, little to no pot-belly swaying beneath them, and they also come in every possible color the swine can exist in.

The American Mini Pig is also one of the most genetically diverse swine breeds with elements of different island feral hogs, Asiatic hogs, European swine, Australian, Russian, and American breeds.

The Mulefoot hog is an American hog breed most famous for its solid, non-cloven hoof, similar to a mule.

The hog is valued for its ease of fattening and production of meat, lard, and hams.

Mulefoots are solid black with rarely occurring white points. They are stout in appearance, with ears pricked forward.

The Mulefoot breed is quite rare; as of 2006, only 200 pure breeds were documented.

Though they sport a petite body weighing nearly 200 pounds, they can store much body fat to survive in seasons with scarce food.

Ossbaw Hogs are primarily black with white spots or light with black spots. Adults are hairy, having heavy bristles on their neck, head, and topline.

Their snouts are long, and their head and shoulders are heavy, which seems out of proportion compared to the rest of the body, but these are adapted for increased speed and agility in the wild forest habitat they live in.

The American Guinea Hog was once called “poor man’s pig” because it was raised on small southeastern farms.

American Guinea Hogs belong to the Improved Essex breed, which gives them their solid black color.

Occasionally, American Guinea Hogs are affected by a skin condition called vitiligo, which causes their hair to turn white, transforming a black hog into blue with blue eyes.

Sometimes, their kits are born with a reddish cast, but it fades away into the black before maturity.

These hogs are well adapted to be raised in forests, orchards, and pastured land where they feed on snakes, rodents, grass, roots, nuts, garden beds after harvest, orchard windfall fruits, and corn stalks.

Breeders also feed the milk and whey. They are best known for their hams, bacon, and lard.

KuneKune is the smallest breed of domesticated pigs and was initially kept by Maoris in New Zealand. They are hairy animals and come in a variety of colors.

The KuneKunes love human company and are a firm favorite among pig pet owners. They have round bellies, short snouts, and stubby legs.

Their coat color may range from speckled to blotchy to solid brown, black, white, tan, and gold hues.

The coat texture is also equally variable, ranging from short and silky to coarse and curly.

KuneKune is often raised as companion animals because they are easygoing and affectionate. The animal thrives well on grass and is also easy to maintain.

The Chinese have been breeding pigs selectively for 5000 years, and the Meishan Pig is part of the Taihu group of Chinese pigs, one of the oldest pigs from the clan.

They are highly prized in China and Japan and are renowned for their superior quality lard, fat, and succulent marbled meat.

The Meishan is also best known for its large litter of 15 – 22 piglets at a time.

Some consider the Juliana pigs as the smallest breed or miniature pigs. They closely resemble a smaller version of feral pigs or large hogs than does the Pot Belly Pig.

The animal is small and colorfully spotted, longer in size but short and heightened with an athletic appearance.

A true-bred Juliana should never be heavily wrinkled or sluggish in appearance.

Juliana pigs are bred mainly for recreational purposes, mainly to be kept as pets. They are highly social and docile.

Like all other pigs in the family, cleanliness is a common streak. They can be house-trained and get along well with humans and other pet animals unless threatened or budged.

The Yucatan Pigs were established from 25 animals imported into the US from the Yucatan Peninsula in Southern Mexico.

The pig is a slate gray color with little to no hair and a very docile temperament. This tractable nature has made it suitable for animal handlers and researchers.

The Pot Bellied Pig has black skin, scarce hair, short pointed ears, and a short stubbed nose. Its abdomen has saggy skin, which gives it a very wrinkled appearance.

A true-bred Pot Bellied Pig has a straight tail attached to the rump. If the tail curls to any extent, it shows the pig has been cross-bred.

The pig is bred not only for its meat, but its manure is equally rewarding and is used to fertilize gardens and crops.

Gottingen Mini Pigs were bred and domesticated for research at the University of Gottingen, Germany.

They are a cross between three breeds: The Minnesota Minipig, the Vietnamese Potbelly, and the German Landrace.

Besides being known for their small size, they are very well-mannered, docile, and have well-characterized health.

They weigh less than regular-sized pigs, which is in the interest of laboratories because they have to feed them less and take up less space.

Teacup Pigs – Legal Or Illegal in the USA, UK and AUS

Teacup pigs are permitted to be kept as livestock and pets across the USA and the UK.

In Australia, teacup pigs are prohibited, and you cannot keep them.

Micro Pigs are cute and in high demand, and more and more people are keeping them as companion pets.

Their intelligent and affectionate nature makes for a rewarding and entertaining company.

How do you punish a mini pig?

Whisper to your mini pig if they genuinely feel bad for misconduct.

If she repeats the same erratic behavior, resort to shoulder push and loud verbal reprimand. Leave her area, slam the door, and start a timeout session.

Suppose you feel she’s acting out of her raging hormones; getting her neutered or spayed is better to fix the behavioral issues

Once you understand the root of the misconduct, you can quickly resolve the aggression. This may take time, but it’s certainly worth the wait.

Here are some frequently asked questions about miniature pig breeds.

Yes, they are real pigs that have been selectively bred to be a smaller size.

How big is a teacup pig full-grown?

How long do teacup pigs last?

Teacup pigs have a very short lifespan which hovers around five years due to issues with their skeletal and immune systems. Genetic disorders are another major factor that contributes to a shorter lifespan.

Yes, teacups bite, and they have four solid reasons to do so: Fear, Aggression (Especially when you give them treats out of your hand), Dominance (when they feel challenged by someone or something is trying to dominate their territory) and Boredom (when they don’t get adequate exercise in outings).

Can mini pigs be left alone?

No, mini pigs can not be left alone with the friendliest pet animals, as they may run away or cause a predatory response in other animals.

Are mini pigs hard to take care of?

Miniature pigs are social animals and need constant interaction and love from their owners. You must not get one if you cannot give them this much attention due to your busy schedule. However, if you have ample space and love, a mini pig is the perfect pet for you. 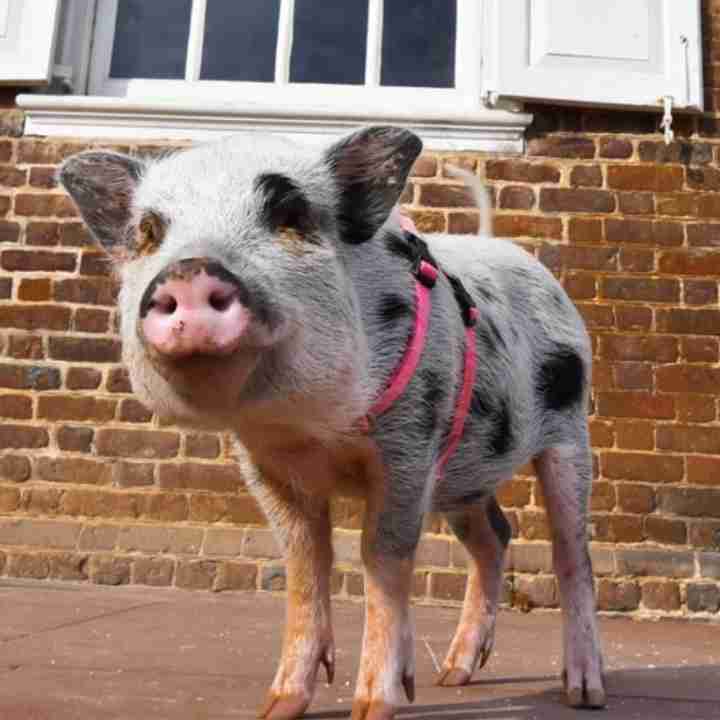