If you stare at your guinea pig for a while, then you might be able to answer this question that do guinea pigs blink or not?

Yes, guinea pigs do blink but not very often. They don’t blink like humans, as we know that humans are blinking machines. Human beings blink 10 to 15 times each minute. But in the case of guinea pigs, it is different.

Guinea pigs are remarkable rodents that do not blink so often, just like us humans. They hardly blink. Guinea pigs have eyelids, and they blink so fast that one can’t even notice. Most of the time, you see their eyelids wide open all day, even while sleeping.

Guinea pigs have fascinating eyes, and if you are curious about why guinea pigs blink so infrequently, then this article is for you.

How Often Do Guinea Pigs Blink?

They don’t blink like human beings like they did 10 to 15 times a minute. Instead, they have eyelids, but you will see their eyes wide open even if they are sleeping.

Do Guinea Pigs Close Their Eyes When They Sleep?

Guinea pigs owners often thought guinea pigs don’t sleep because their eyes wide open all day and all night. Let me clear you, you have probably seen your little guinea sleeping while not knowing this is the case. Yes! Guinea pigs sleep with eyes wide open.

Guinea pigs have an Oculomotor System that allows them to control their eye movement completely. But why guinea pigs do so?

Guinea pigs are prey animals, and they want their predators to see them awake all the time. So they always need to be on guard to get caught.

How do Guinea Pigs Eyelids work?

In the mammal world, guinea pigs have also developed advanced oculomotor systems. This system helps them regulate their eye movement, how they blink, and whether or not they can take over the manual control.

Moreover, when guinea pigs feel imminent fear, their system allows them to suppress the blinking of eyes for hours and hours.

However, guinea pigs as pets or domesticated ones blink their eyes more often than wild guinea pigs.

According to a scientific study, guinea pigs blink much faster than human beings and other rodents.

Guinea pigs don’t solely rely on their vision. As discussed in previous articles, guinea pigs have a strong sense of hearing and smelling that resonates with their week’s eyesight.

Do Guinea Pigs Blink When Startled?

When human beings are startled, they usually blink. But in the case of guinea pigs, it is different.

Guinea pigs don’t blink their eyes when they are scared or startled. Instead, they keep their eyes wide open even at times of any threat. In my opinion, it makes plenty of sense.

Why My Guinea Pig Is Blinking A lot?

Now, we know that guinea pigs don’t often blink, unlike human beings. Even they sleep with wide-open eyes. But what if any guinea is blinking a lot? Do you have this question in mind that what to do when your guinea pig blinks a lot, and what’s the reason behind that?

Guinea pig’s eyes are located close to the ground as compared to other animals. So, this is why their eyes are prone to small particles and debris, and there is more chance to infect their eyes.

What to do If Your Guinea Pig Is Blinking A Lot?

If you see that your guinea pig is blinking a lot, then examine its eyes closed and know whether it is any small particle or not. If you can’t find the problem, I recommend you take your little guinea pig to the vet as soon as the situation gets too severe.

Is your guinea pig blinking a lot, and you are not able to detect any problem? If you cannot find the problem and not even visit the vet, it can be an eye infection in the guinea pig’s eyes.

When a guinea pig’s eye is infected, you will see symptoms like:

However, another eye disease could include corneal ulcers, overgrown teeth, and tumors.

Is It Normal When Guinea Pigs Blink Their Eyes?

Yes, it is entirely normal when guinea pigs blink their eyes. However, you should notice that they are not blinking very often or rapidly.

As I have discussed in the above headings, guinea pigs don’t often blink due to their particular system, but if they are blinking, there must be a problem with their eyes. It might include some eye infections like redness, inflammation, tearing, or swelling.

If you see any such symptoms, then you should take your little guinea pig to a vet as soon as possible.

This article has explained everything about guinea and their eye blinking habits. Moreover, how often do guinea pigs blink? How and why guinea pigs sleep with wide eyes open? If your guinea pig is frequently blinking, then is this normal? All these questions are explained in this article.

Guinea Pigs have fantastic capabilities that they do not blink their eyes like human beings. Instead, they have eyelids, but they keep their eyes wide open while they are sleeping. However, if your guinea pig is frequently blinking, then you must take it to a vet as soon as possible. 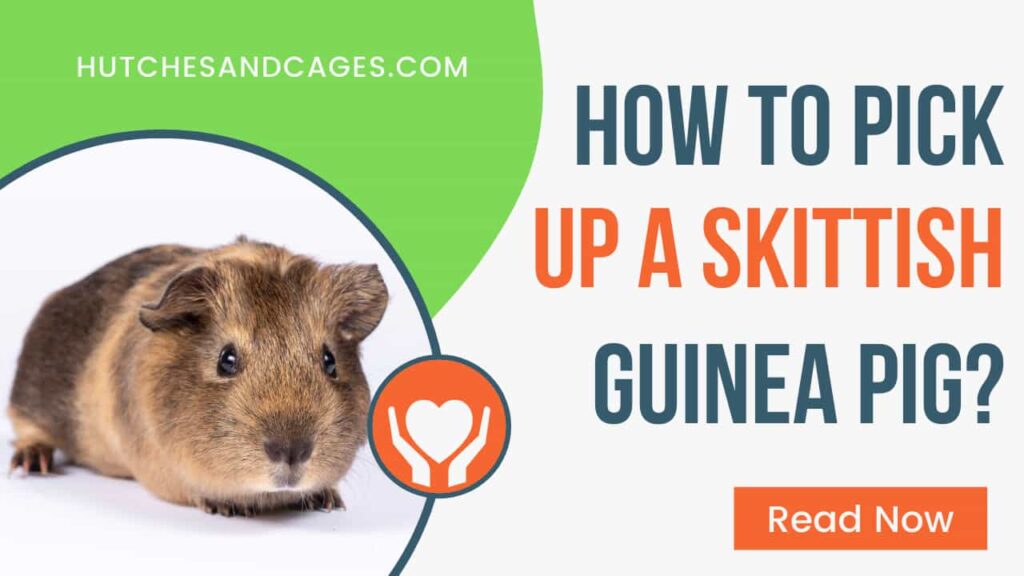