Rabbits are adorable, but you will find the Blue Flemish Giant Rabbit the cutest ones.

This breed is one of the oldest rabbit breeds that originated from Flanders, Belgium. According to breed records, the Blue Flemish Giant breed dates back to the 16TH century.

What is a Blue Flemish Giant? | Breed’s Origin, Name & History

Blue Flemish Giant is a domestic rabbit breed, comparatively more significant in size than the average rabbit breed. They were initially bred in Belgium for their fur and meat. In 1893, breed standards were written for the Flemish Giant rabbit.

Then this Giant Rabbit breed was introduced to America and the United Kingdom in the late 1880s. A breed club recognized light gray, steel, and black as the first three colors. Four more colors were added after that, and the fawn is the latest one recognized in 1938.

The National Federation of Flemish Giant Rabbit Breed was established in America in 1915, officially registered and recognized the seven standardized colors of the Giant Rabbits.

The seven-color list of the Flemish Giant Rabbit breed has also been confirmed by the American Rabbit Breeder Association (ARBA).

ARBA stands for “American Rabbit Breed Association” for the formal perfection of various rabbits breeds. This organization was developed in 1915, contains around 49 unique breeds of rabbits.

ARBA helps local and international rabbit breeders to interact with each other. It is a platform for various breed competitions and connects people to improve the breed standards.

The Blue Flemish Giant Rabbit is known for its giant size. They are well-known Giant Rabbits due to their vast body frame. Their weight increases as they grow older.

But the optimum weight of a Blue Giant Flemish Rabbit is about 15 pounds. They can grow up to 2.5 feet in length. The average lifespan of Flemish Giant is 8 to 10 years.

One member of this species named Darius marked his name in the 2010 Guinness World Record due to his heaviest bodyweight and longest length.

If you want to adopt a Flemish Giant Rabbit, it will cost you around 20$ to 50$ from a nearby pet shop.

In case if you want to purchase a Pedigreed Flemish Giant, you can visit the website of credible organizations like NFFGRB or ARBA.

These organizations will help you connect with breeders and ensure you provide the best quality Pedigree Giant Flemish Rabbit which can cost you about 50$ to 100$.

Here are some facts about Blue Flemish Giant Rabbits.

Flemish Giants are not known for only one nickname. Aside from the Blue Flemish Giant Rabbit name, other names of these Giant rabbits are King Rabbits, Gentle Giants, and Universal Rabbits.

Do rabbits know their name?

Rabbits are intelligent enough to memorize words and phrases and can learn new tricks.

Suppose you want your pet to respond to your given command or name. In that case, proper training is obligatory using rewards techniques like petting, treats, or appreciating. Over time your pet rabbit will learn to respond to the related sounds and given name.

The blue flemish giant rabbit is famous for some nicknames like “Universal rabbit,” “King Rabbit,” and “Gentle Giants.” As well as have a scientific name, “Oryctolagus Cuniculus.”

Flemish giant rabbit is known as the king of rabbits due to its big size. Add-on the rare blue color makes Blue flemish giant the best option for pet lovers.

Specific breed standards are developed by ARBA and the National Federation Of Flemish Giant Rabbits. So, consider these standards for the identification of purebred giants. Adopt a flemish giant, and you will find it a sweet and loveable addition to your family life. 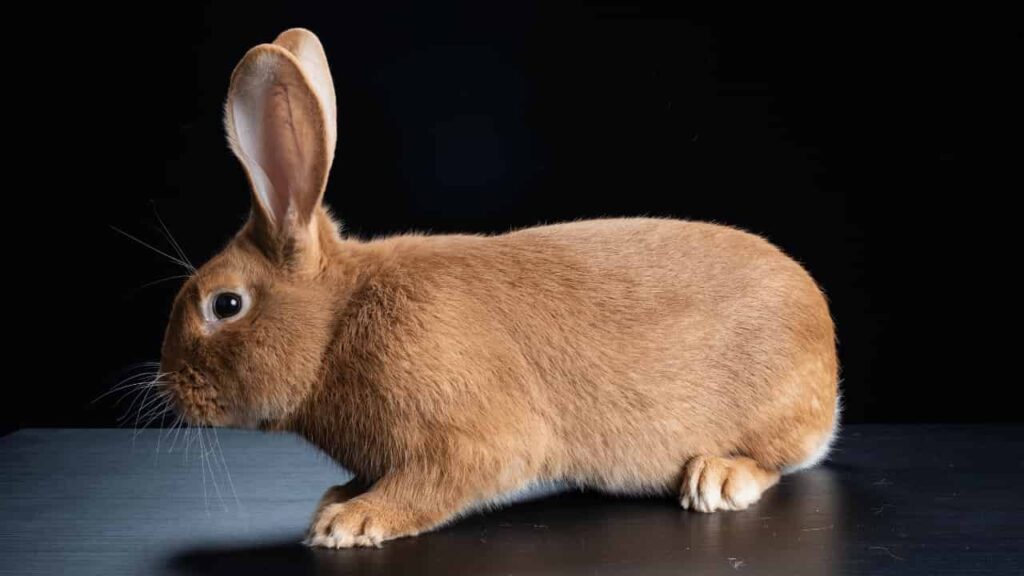